Self Assembly and Lithography

Self Assembly and Lithography

Microelectronic device plays an important role in the information age, and integrated circuit is one of the most important components of microelectronic device. Moreover, lithography is a key technology for the production of high precision integrated circuits, which determines the performance of the final product. Lithography is the manufacture process of integrated circuits, which uses optical-chemical reactions, chemical or physical etching methods to transfer the circuit graphics to the single crystal surface or medium layer to form functional graphics. The development trend of microelectronic device is towards smaller, faster and higher density, while the traditional "top-down" methods, such as optical etching, have been difficult to meet the needs. However, as a "bottom-up" method, molecular self-assembly technology can image on solid surfaces, which can break through the traditional limitations of preparing nano-devices.

Lithography plays an irreplaceable role in the production of semiconductor chips for integrated circuits. The fields where semiconductor chips and the lithography technology can be applied include new energy field, information and communication equipment field, 4C industry, smart grid field and the others.

As the process has been improved, lithography has developed many new techniques, including the following ones. 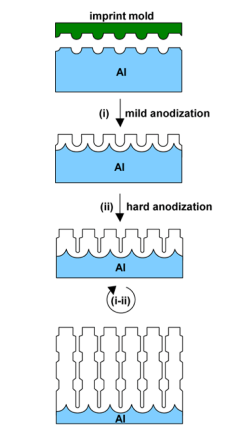