Phthalonitriles is a compound with a large conjugated system of 18 electrons, and its structure is very similar to the porphyrins widely present in nature. However, unlike porphyrin, phthalonitrile is a completely synthetic compound. 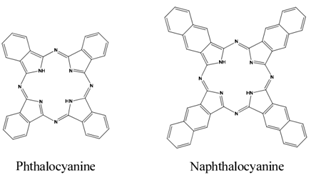