Monomers are generally unsaturated, cyclic, or low-molecular compounds containing two or more functional groups, and are a collective term for small molecules that can polymerize with the same or other molecules. It is a simple compound that can form a polymer compound by polymerization reaction or polycondensation reaction. It is a low-molecular raw material used in the synthesis of polymers. For example, vinyl chloride CH2=CHCl monomer can be polymerized to form polyvinyl chloride. Caprolactam monomers can be polymerized to form polycaprolactam. For example, ethylene, propylene, vinyl chloride, styrene, etc. are the monomers that synthesize polyethylene, polypropylene, polyvinyl chloride, and polystyrene. They are also the structural units that make up these four polymer compounds. 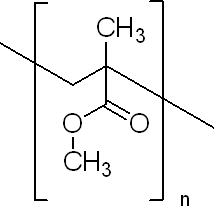