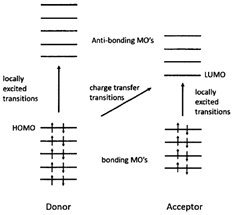 Due to the advantages of diverse synthesis methods, rich types, and excellent physical and chemical properties, the charge transfer complex has extensive applications in many fields such as photocatalysis, pharmaceutical analysis, and materials.